We are exploring the themes of individual and mass relation and identity through research into colonialism.

Combining dance, theatre and storytelling, Jungle is the surreal yet sensual story of four characters striving for survival and seeking refuge in a re-imagined post-colonial world. A world threatened by a new leader and a world in which your actions affect and infect everyone and everything surrounding you.

Jungle follows the journey of four figures, Billy; a traumatised American soldier, Carmen; a Venezuelan trans-woman, Teresa; a lost missionary and Vicky; a British feminist. The ambiguities of each figure could represent an entire nation or an individual being. Together and alone the four threaten, destruct, suffer and surrender to the notion of being in control or controlled.

With the experimentation of world music and contemporary electronic scores, the characters are driven to dance to their death and make sense of their unique place in this post-colonialism infested world.

[…] Jungle by Pink Mama is a cracking piece of dance-theatre that also ran just for the first two weeks of the Fringe. The show’s Polish choreographer Sławek Bendrat is (with Dominik Krawiecki) this Swiss company’s co-artistic director, and the cast is a multi-national one.

Actually, the colonial theme of Jungle is of less relevance than the exploration of gender, sexuality, identity and desire that is at the core of the piece. The four bounce on as if contestants in a dance marathon, stepping together with boundless energy. The rhythms and moods shift and change – there is a beautifully tender encounter between Billy and Carmen; and Vicky infects Theresa with her freewheeling liberation, resulting in a gorgeous hair-shaking duet. The show is rather oddly imbalanced, with some characters more explored than others – Tomek Pomersbach, for example, gets to dance a very long and beautiful solo towards the end, as Carmen removes wig and skirt to reveal and revel in the masculine body underneath.

I later find out that the show (at 40 minutes) is presented here in Edinburgh at half its usual length, and thus is more of a showcase piece than a complete show. But an inspiration, bursting with ideas and energy – I’d love to see the full length show. I struggled to fully understand how the exploration of colonialism was playing out, other than in the angst of the young soldier, and a scene in which the missionary was seemingly attacked and intimidated – but perhaps all becomes more apparent in the full piece. But even in its shortened version, with these puzzling aspects of its dramaturgy, Jungle was the Dance Base show that stole my heart – not least for the vital and inspiring performances by its cast of four.

Forget, or toss aside, any ideas you might have about colonialism, the purported thematic impetus for Pink Mama Theatre’s Jungle, and instead surrender to the pointed wackiness, the fruity passion, the satiated ecstasy and underlying pain of what may well turn out to be one of the sharpest, strangest and most sensual dance-theatre productions on this year’s Fringe.

Polish choreographer Sławek Bendrat is, along with Dominik Krawiecki, this Swiss company’s artistic director. He certainly puts his sensationally good cast through their paces, plunging them into patterns of staggeringly rhythmic, gestural and repetitive motion often set to a driving beat and punctuated by fragments of spoken text. A handout pegs the borderline cartoon characters — embodied by Charlotte Mclean, Valentin Markus Oppermann (also responsible for the infectiously heady music), Izabela Orzelowska and, in a tour de force performance, Tomek Pomersbach — as, respectively, a British feminist, a traumatised American soldier, a lost missionary (presumably so lost she may be of unknown origin) and a Venezuelan transwoman.

Edinburgh, it turns out, is only seeing half of this gob-smacking steamroller of a production. That may be why the female characters seem to be given short shrift compared to the men. Never mind. Even cut down to 40 or so minutes the show works a treat. Its dramatic and creative watchwords might be confession, violation and exaggeration. The bizarre, WTF beauty and kick of Jungle is predicated upon trusting that Bendrat and company know exactly what they’re doing even if you don’t quite know what’s going on, or being done to you. One to revel in. 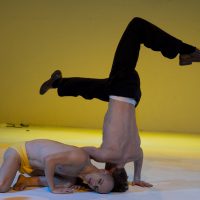 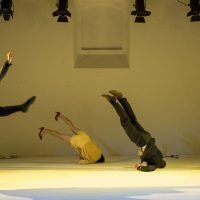 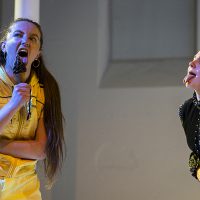 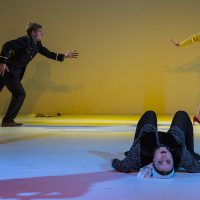 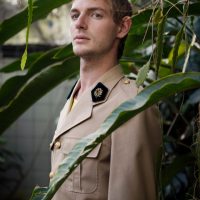 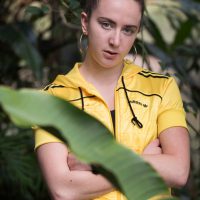 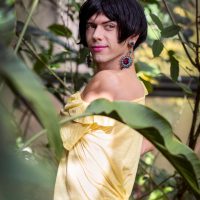 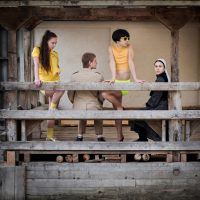 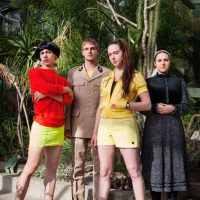 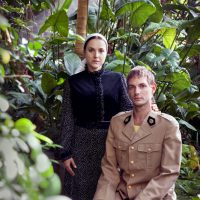 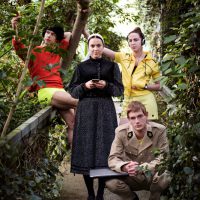 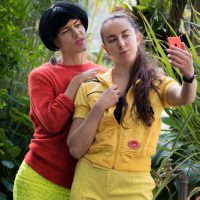 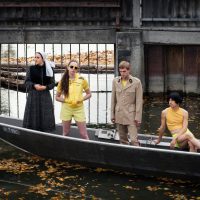 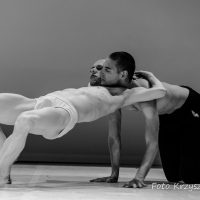 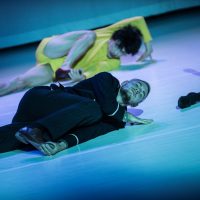 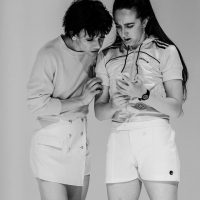 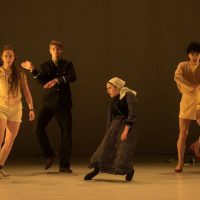 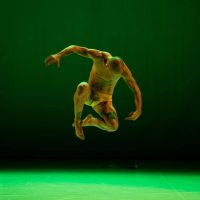