Both are convinced, it was a sudden and overwhelming feeling that brought them together. Such certainty is wonderful, still, uncertainty is even more wonderful.

The Boy and Death // trailer

The Boy and Death

A naive and very young man (Valentin Markus Oppermann), visits the dark side of the internet under the pseudonym “Zielonooki” and soon finds himself a captive in the claws of that manipulative virtual world. (The word Zielonooki is polish for “green eyed”, green also being the symbol for hope.) In his desperation, the young man joins a chat room for the suicidal and depressed. It is here, that he encounters “Death” (Slawek Bendrat) in Person. The two develop a dangerous relationship on and off the computer screen. “Death” beckons and is unavoidable. He invites the lost soul to a last dance.

The Dance Company Pink Mama Theatre presents a pas de deux of extreme physicality and emotional force. We delve into a dramatic and complex psychological portrait of a generation which is in the process of losing itself in the virtual reality.

This production is sponsored by: Swisslos Kultur Kanton Bern 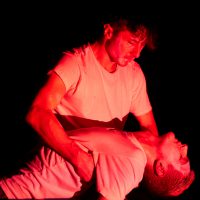 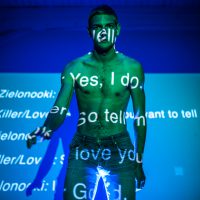